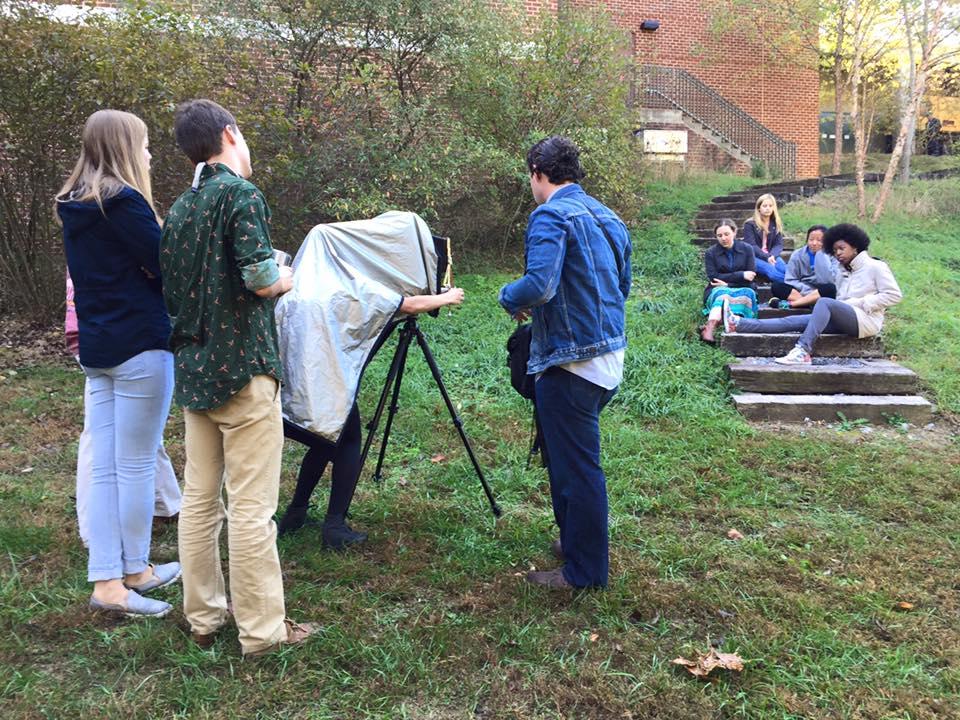 Artist Eliot Dudik exhibited his photographs “Broken Land/Still Lives” in Washington and Lee’s Staniar Gallery Oct. 9–Nov. 4, 2015. This exhibition of large-scale photographs by eastern Virginia-based artist Dudik includes prints from two recent series:  In “Broken Land,” Dudik photographs Civil War battlefields, depicting them as contemporary landscapes in order to explore the similarities in cultural and political conflict between now and the period prior to the Civil War. He will also be sharing work from his “Still Lives” series, portraits of Civil War reenactors at the culmination of their performance.

Dudik is a visiting assistant professor of photography at the College of William & Mary in Williamsburg, Virginia. His work has been featured on CNN, and has been exhibited around the country. He was the recipient of the 2014 PhotoNOLA Prize and was selected for the Magenta Foundation’s Flash Forward 2015 festival.

About the author: Lindsay George’16 is a double major in Art History and English at Washington and Lee University. She assists Staniar Gallery director, Clover Archer. George is presently completing an honors thesis in art history in which she examines the adaptation of David Alfaro Siqueiros’s brand of muralism by Chicana and Chicano artists in the United States during the 1960s-1980s. 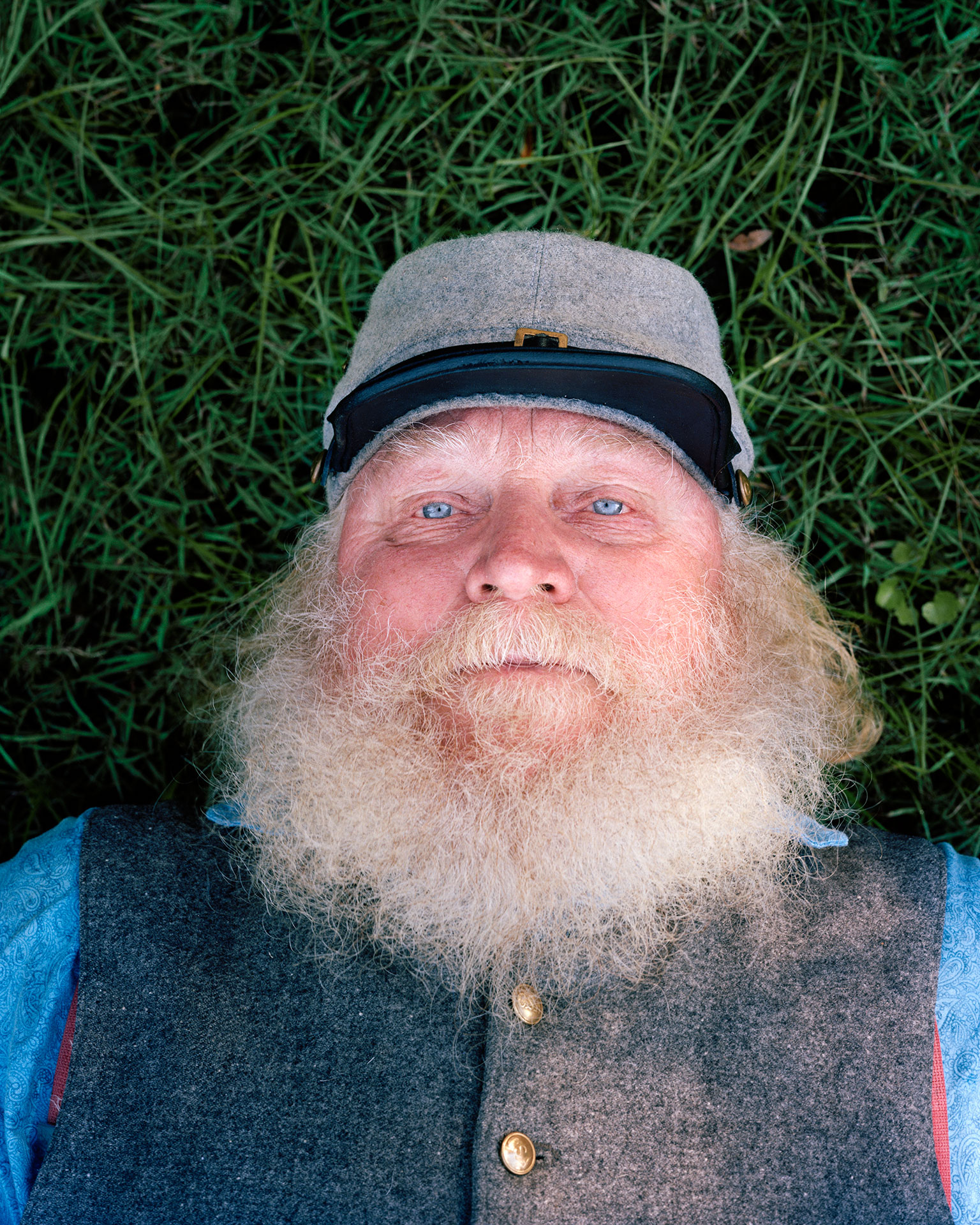 Eliot Dudik’s large-scale photographic prints from his Broken Land and Still Lives series work to reconstruct a visual remembrance of the American Civil War. In Broken Land, Dudik photographs Civil War battlefields, reimaging the landscapes in a contemporary context to evoke comparisons between our current political climate and the conflict that led up to the Civil War. In Still Lives, Dudik photographs portraits of Civil War reenactors following their performance in battle reenactments. Commenting on his Broken Land series, Dudik states:

“my goals are to create landscapes that come alive with acts of war, and cause, at least, contemplation of the nature of being American, to allow understanding, communication, and cooperation with fellow citizens. These photographs are an attempt to preserve American history, not to relish it, but recognize its cyclical nature and to derail seemingly inevitable tendency for repetition.”

Dudik’s work offers opportunities for cross-disciplinary study in the exploration of this purposeful historical meaning. From a historical perspective, Dudik suggests a parallel between American society at the time of the Civil War and in our contemporary period. Moreover, from the lens of journalism, Dudik’s work can be placed within a greater history of photo-journalism and raises questions of the ethics of photographing or reporting stories of human suffering and conflict.

Dudik’s work can be related to a history lesson plan through the idea of cultural or historical inheritance. Through his Broken Land series, Dudik hopes to establish a connection between the American Civil War and contemporary American society—specifically in the way that past moments of conflict are relived or reactivated by current social and political issues. In his artist statement Dudik expresses a hope that his work opens a dialogue to explore this connection:

“Perspectives on the Civil War and contemporary culture are vast and deeply engrained in our heritage. Prying open and examining viewpoints objectively is exceedingly difficult, but an essential responsibility for all citizens to allow any possibility of cultural and political cohesion.”

Using this work as a point of reference, discussion questions will lead students to consider Dudik’s art as a medium that bridges the gap between past and present:

Teaching from the Perspective of Journalism

Dudik cites famous Civil War photographers such as Matthew Brady as a major source of inspiration for his own photographs. Placing Dudik in the larger tradition of conflict photography, both his Broken Lands and Still Lives series problematize the ethics of photographing moments of war and violence. This discussion can be expanded to include other examples of conflict photography including Robert Capa and iconic images from the Vietnam War. 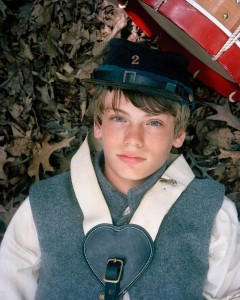 Students studying Dudik’s work from both a historical and journalistic perspective should also consult secondary sources to gain more insight into Dudik’s artistic purpose and the motivations of his work.

This lesson was created by Lindsay George, a student at Washington and Lee University in Lexington, Virginia. This lesson can be used or adapted by other educators for educational purposes with attribution to George. None of this material may be used for commercial purposes. Copyright of original artworks belongs to the artist. Reproduced with permission from the artist. Please contact Andrea Lepage for information about the lesson or the Teaching with UCAH Project: lepagea@wlu.edu or (540) 458-8305.